Embracing 54,000 square kilometres of south-western Tanzania, it is the largest protected wilderness reserve on the continent, three times larger than the Serengeti and twice the size of Belgium. Named after the legendary 19th century explorer and hunter Frederick Courtenay Selous, the reserve was founded by the German colonial administration in 1905. It was later expanded to include traditional elephant migration routes and accommodate the vast herds of buffalo that roam this remote, untouched corner of Africa. Here one can explore the sheer diversity of the landscape; from hot volcanic springs, placid lagoons and the many channels from the Great Ruaha and Rufiji Rivers which bisect the reserve, making the Selous a unique area in which to observe the full panoply of African wildlife. Most of Africa’s mammal species, from the largest to the smallest to the rarest, thrive here.

In addition there are some 440 species of birds and more than 2,000 recorded varieties of plants (with many more still to be discovered). There is no other region in which visitors can experience the pristine splendour and beauty – as well as the sense of adventure in Africa – than those like Selous enjoyed. The Selous Game Reserve has been declared a World Heritage Site, one of three in Tanzania. 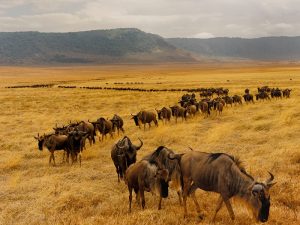 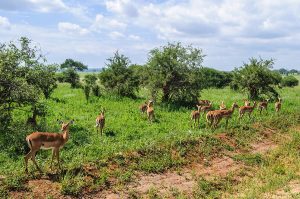