For anyone seeking a true African wilderness experience, a visit to Ruaha National Park is essential. Although the second largest in Tanzania, the reserve is perhaps the least well-known and yet to connoisseurs it is without doubt one of the most spectacular in Africa.

Covering a conservation area of 10,300 square kilometers in the south west of the country, Ruaha sprawls within and along the Great Rift Valley, covering a unique transition zone where the Eastern and Southern species of both fauna and flora meet against a dramatic topographical backdrop. This is also one of the few Tanzanian parks where sightings of the rarer antelope, such as the Sable, the Roan and both Lesser & Greater Kudu, are a probability rather than a possibility. The proliferation of plains game in the park also ensures that the larger predators – leopard and large prides of lion – are unusually active. The bird life, too, is unparalleled with some 530 species recorded. 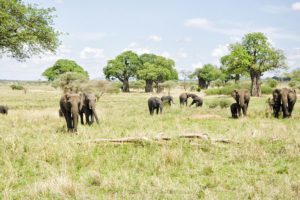