On the 7-day “Best of Tanzania Lodge Safari” you will visit the Tarangire and Lake Manyara National Park as well as the Serengeti and the world famous Ngorongoro Crater. Travelling through breath-taking landscapes on adventurous tracks you will experience nature, wildlife and the African way of life.

In the morning you will be collected from your hotel and after an approximate 2 hour drive you will arrive at the Tarangire National Park. Giant baobab trees, bush savannah and the seasonal marshes add to the wonder of this nature reserve. The Tarangire National Park is considered as one of the best places to view elephants up close, not only because there are thousands of animals but also because they are not disturbed by the presence of vehicles. The park is also home to buffaloes, zebras and wildebeests which are always closely followed by a range of predators such as lions. Leopards are seen now and then but cheetahs are rarely spotted. From the open roof of the safari vehicle you will be able to absorb the landscape and watch the animals. In the late afternoon you will leave the park and drive to the Lake Burunge Tented Camp, where you will overnight. Lunch; Dinner

After breakfast you will travel from the Tarangire Area to Makuyuni where you will visit a traditional Masai village. You will then continue your safari to Mto wa Mbu where you will enjoy traditional African food, prepared by local woman. After this wonderful experience the journey takes you to the Lake Manyara National Park. The park is known for its over 400 bird species, primate-filled forests and grassy plains. A large area of the park is covered by the alkaline Lake Manyara, the seasonal breeding grounds for large colonies of flamingos and many more waterfowls. The park is also home to giraffes, hippos, wildebeests, impalas and groups of noisy monkeys and baboons. After an extensive game drive you will travel to the Kirurumu Manyara Lodge, where you will spend the night. Breakfast; Lunch; Dinner

After breakfast, you will travel via the cooler highlands towards the southern Serengeti and at midday you will reach the plains of the Serengeti National Park. This park is the largest in Tanzania and has a diversity of habitats and landscapes – short grass plains, savannah, thick bush, swamps and lakes. Bizarre rock formations called kopjes dot the grassy landscape where predators are often seen. The Serengeti is famous for the yearly migration when hundreds of thousands of wildebeests and zebras trek to find fresh grass and water. Depending on the season, you will either spend the night at the Kati Kati Tented Camp inside the park or at the Mapito Tented Camp on the outskirts of the park. Breakfast; Lunch; Dinner

The entire day is dedicated to game viewing in the Serengeti National Park. The areas that you visit will depend upon where the migrating herds are. Predators usually follow closely behind the trekking animals and include lions, leopards (in the acacia trees) and cheetahs. During the short rainy season in November and December the herds move from the hills in the north to the plains in the south. During the longer rainy season from April to June they return up north. As the migration is completely dependent on the yearly rainfalls, the location of the herds may vary from year to year but your guide will know where to locate the animals and where to see them best. You will spend another night at last night’s camp. Breakfast; Lunch; Dinner 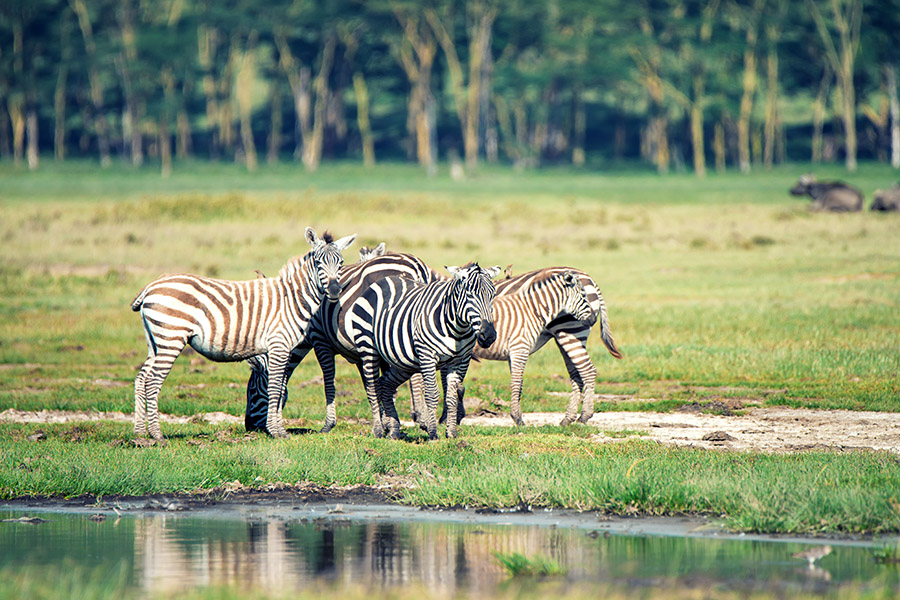 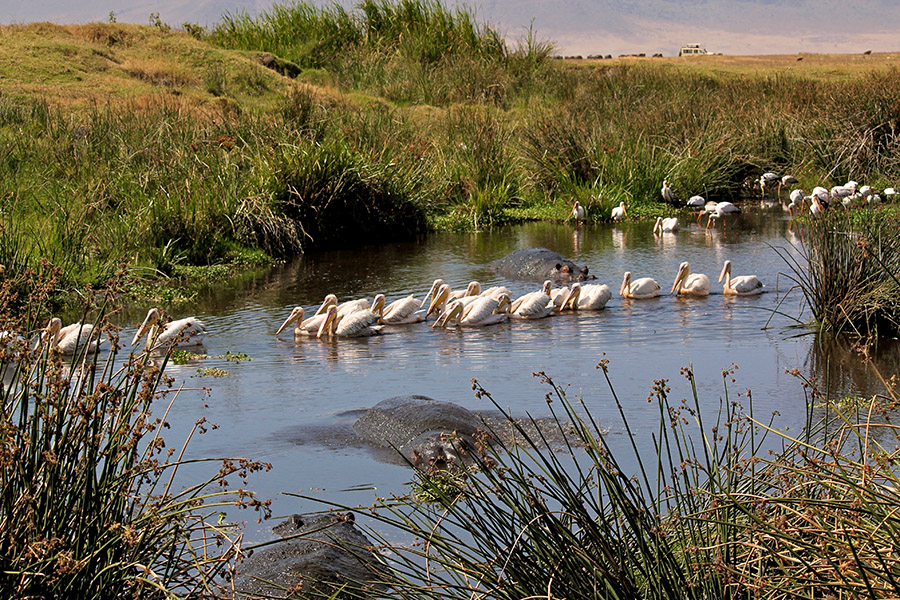 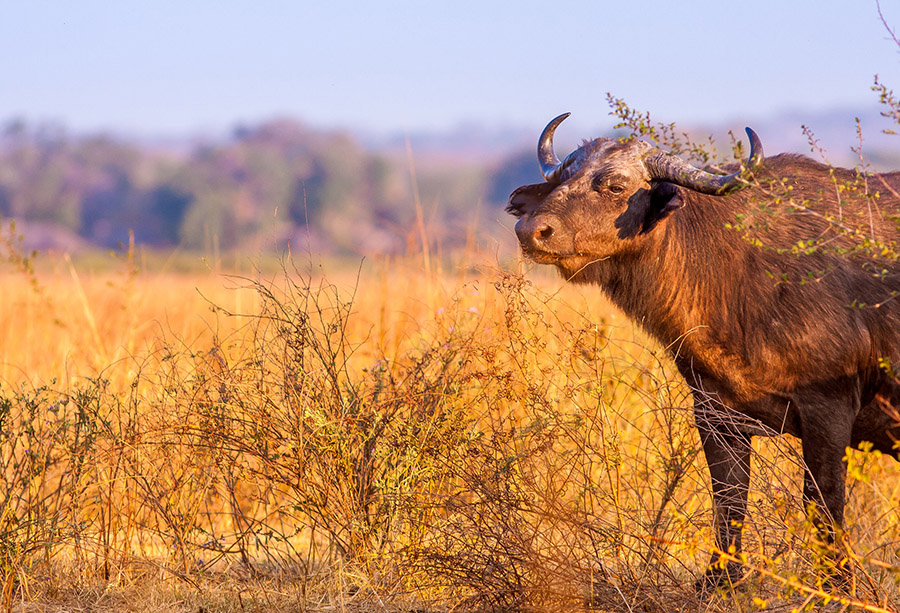 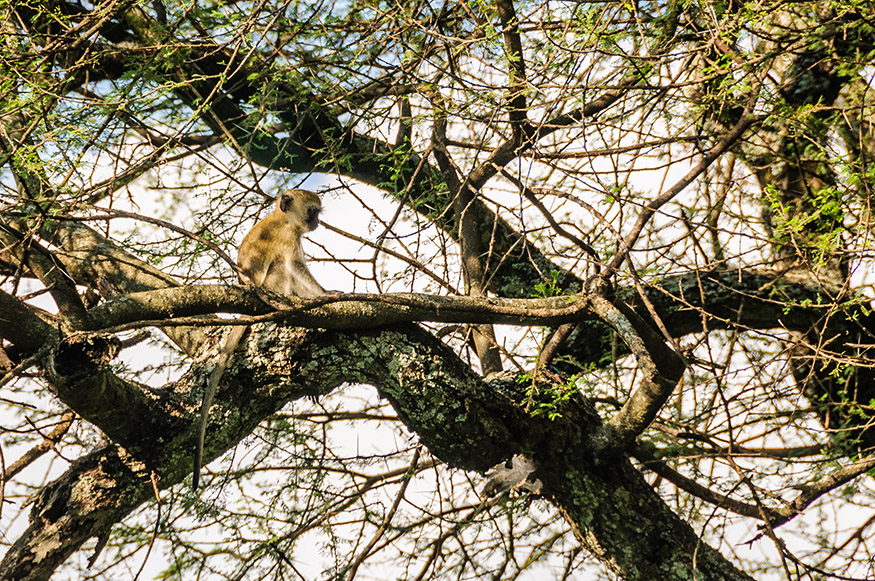 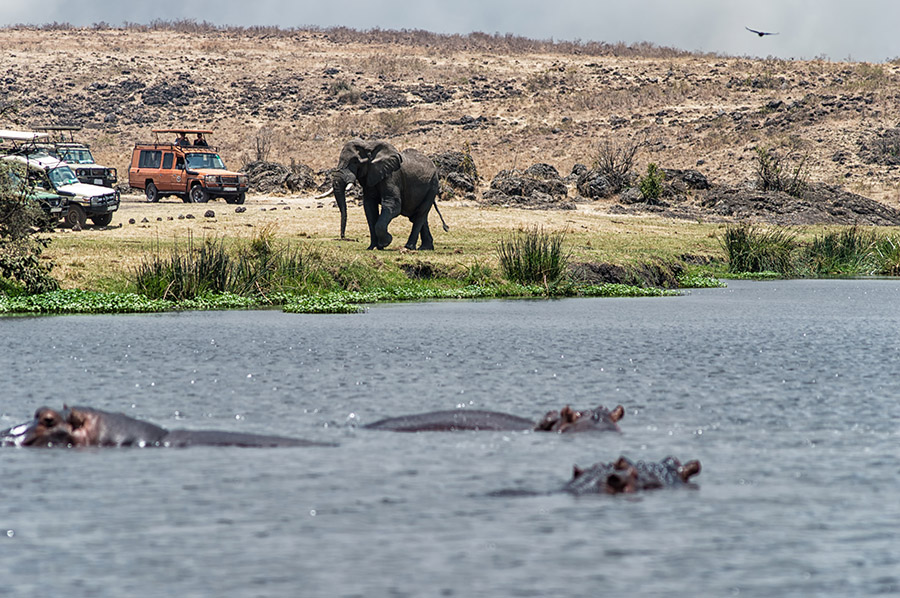 Rise and shine! After breakfast at daybreak you travel back to the Ngorongoro Conservation Area before you drive down into the crater. The massive collapsed volcano is home to over 25,000 mammals ranging from the “Big Five” – lion, elephant, buffalo, rhino and leopard to spotted hyenas, rare wild dogs and some of the more than 500 bird species of the area. After an extensive game drive and a picnic for lunch, you will leave the caldera in the afternoon and return to the Ngorongoro Farm House to spend another night. Breakfast; Lunch; Dinner

After a leisurely breakfast, you will travel back to Arusha where you will arrive around midday. You will be dropped off at a hotel of your choice or at the airport. Breakfast; Lunch