Set deep in the heart of the African interior, inaccessible by road, Mahale Mountains, like its northerly neighbour Gombe Stream, is home to some of Africa’s last remaining wild chimpanzees: a population of roughly 800, habituated to human visitors by a Japanese research project founded in the 1960s. Trekking the chimps of Mahale is a magical experience.

The area of 1,613 sq kilometers is also known as Nkungwe, after the park’s largest mountain, held sacred by the local Tongwe people, and at 2,460 metres (8,069 ft) the highest of the six prominent points that make up the Mahale Range. And while chimpanzees are the star attraction, the slopes support a diverse forest fauna, including readily observed troops of red colobus, red-tailed and blue monkeys, and a kaleidoscopic array of colourful forest birds. You can trace the Tongwe people’s ancient pilgrimage to the mountain spirits, hiking through the montane rainforest belt – home to an endemic race of Angola colobus monkey – to high grassy ridges chequered with alpine bamboo. Then bathe in the impossibly clear waters of the world’s longest, second-deepest and least polluted freshwater lake – harbouring an estimated 1,000 fish species – before returning as you came, by boat. 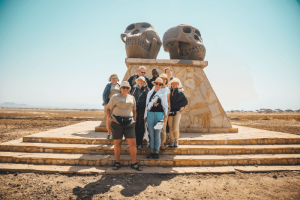 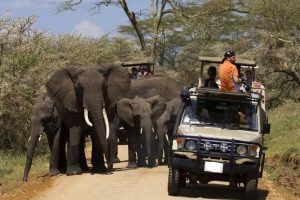