The highest mountain in Africa, snow caped and world’s highest free standing volcano. It comprises of two dormant volcanoes (Kibo 5,895m a.m.s.l and Mawenzi 5,149m a.m.s.l) and one extinct volcano (Shira 3,962m a.m.s.l) respectively. The origin of the word is not well known but it said to be a combination of the Swahili word Kilima meaning “Mountain” and the KiChagga word Njaro, loosely translated as “Whiteness” giving the name “White Mountain”.

Its size is 1,712Km2 and was declared as a National Park in 1973, officially opened for tourism in 1977, declared a World Heritage Site by UNESCO in 1987 and Natural Wonder of Africa in 2013. Climbing to the top which is far up into the sky it’s a life time experience that no one can forget. 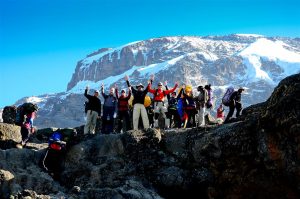 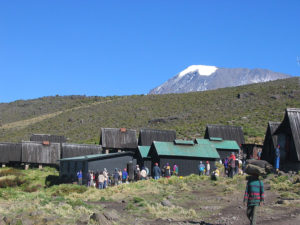